From Pollen, GLITCH, and Tribe Games comes Meet Evva: The Game. Your objective is to create, publish, and promote a video game of your own — starting in our hometown hub of Minnesota and proceeding to the far reaches of space and time. This game was created for a Pollen profile on Evva Karr, cofounder of GLITCH.

Also, once you have peak influence, it becomes an idle game only.

Am I missing something? Is the description just flavour text?

Also, where is the Cancel button on the profile page?

Does the game run in the background or does it need to be the active tab?

Ah sorry I missed this!

Ah, yeah the game largely becomes an idle game eventually where discovering the next area and finding the next unlocks are the progression. Because this was originally made for an audience that wasn't too familiar with games/idle games were still relatively new when this originally released (back in 2015), we didn't go too crazy with different mechanics.

The profile page is for some light customization, but that is a good catch if you want to revert your changes!

The game should run in the background if you tab away to surf the web.

Thanks for the detailed reply. I appreciate it.

No problem! Thanks for trying out the game! 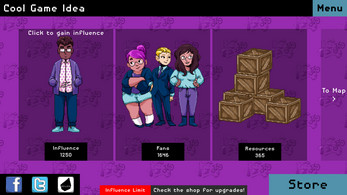 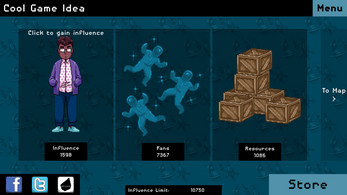 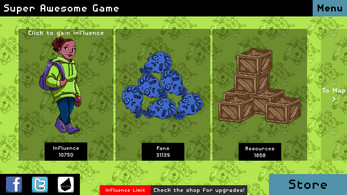 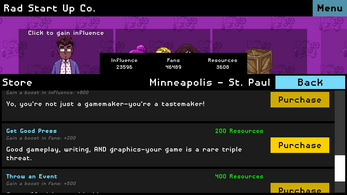